Nowadays, this has become standard practice at HÅG and Flokk. Throughout each new venture, we always brainstorm ideas with external designers right from the start. Today, we own all aspects of our designs, which not only gives us the freedom to do whatever modifications we need to, but also allows us to work with whomever we want across all platforms.

In 1994, US chair manufacturer Herman Miller launched the Aeron task chair. This proved to be a sensation at the time. The Aeron chair radically broke with all traditional conventions. All its inner workings were fully visible and it had a mesh seat and back. Soon everyone was influenced by its design, and by 2005 the market was flooded with Aeron-like chairs. This gave HÅG a window of opportunity. A chance to design something truly different.

"Chairs that hid away all their technical functions, making them visually warmer and more welcoming"
Kristin Östberg
Indicum

Prior to the launch of the Aeron chair, the design history of task chairs could be grouped into two generations. The Aeron chair had given rise to a 3rd generation, and now HÅG, never one to just follow trends, aimed to define a 4th generation.

So we began a new concept development stage called G4, short for Generation 4.We set up an ad-hoc design studio that consisted of our best internal people, along with the most accomplished external designers we knew. After an extensive period of preparation and research, the team set off for a remote farm in rural Sweden with the intention of capturing magic. The plan was to break away from the look of the many machine-like chairs. We saw these as being somewhat cold and alienating, so we aimed to develop chairs that were more human and less machine. Chairs that hid away all their technical functions, making them visually warmer and more welcoming. In a way, like a piece of furniture you would have in your home.

It was also during this time that the development of a new, compact and refined balanced movement mechanism was accomplished. The heart of every HÅG chair to come. The first task chair we developed that embodied all of this was the HÅG Futu, followed by the HÅG SoFi. 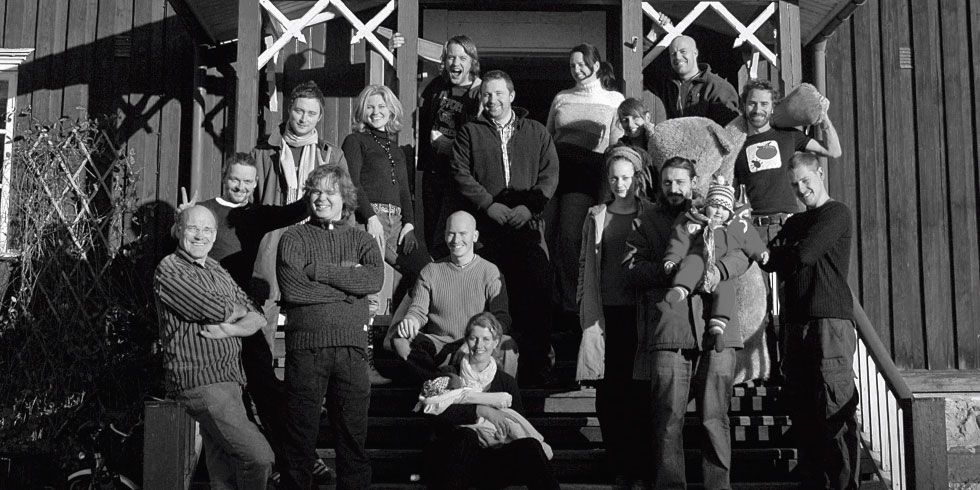 Launched in 2008, the HÅG Futu went on to win numerous awards, including an international Red Dot Award in 2010, the Award for Design Excellence from the Norwegian Design Council in 2009, the Environmental Award in 2009, and the Green Good Design Award in 2010 for making environmental considerations a top priority.Because of the success of the HÅG Futu and the G4 concept development stage, when it was time to think about our next generation task chair, it was agreed that we should repeat the same strategic design process. That being so, in 2013, after yet another successful merging of minds, the HÅG SoFi came into being.

Creative collaborations such as these, now form the backbone of all HÅG design procedures and point the way to the future. Today we have eight in-house designers, and continue to seek fresh outside perspective from a variety of external designers. As proved by the HÅG Futu and the HÅG SoFi, being able to combine their expertise, creativity and style with our own has been invaluable.

We pride ourselves on having a dedicated team of highly skilled designers and engineers, and are honoured to be associated with some of the finest designers throughout Scandinavia. Jointly, we share a healthy passion for creating the best possible seating solutions. From the outset, the HÅG balanced movement philosophy has gone hand in hand with a solid collaborative design ethic. Through these creative collaborations, innovative processes, and the fusion of form and function, we have been able to create outstanding products. Chairs that inspire, energize and help to transform peoples everyday working lives.